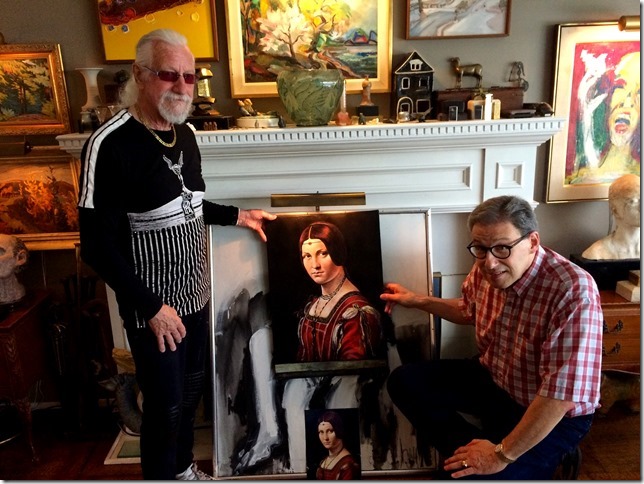 More proof that Paul Ygartua is an amazing genius.

Last week I was reading about a famous court case that took place in the 1920s, some of you may have heard of it – Hahn v. Duveen. For the benefit of those that may not recall it, the story begins when Mrs. Hahn, of Kansas City, claimed to own a Leonardo da Vinci (1452 – 1519) painting titled La Belle Ferronniere. It was a major news story in 1920 because, at the time, there were thought to be no Leonardo da Vinci oil paintings in the U.S.A. in private or public collections – which is still true today. When a reporter asked the greatest art dealer of the time, Sir Joseph Duveen, about it, he pronounced the Hahn version a fake and said that the real painting was in the collection of the Louvre. Hahn took him to court.

The case dragged on for almost a decade, some of the most prominent art experts of the time including Bernard Berenson, Roger Fry and Charles John Holmes were called to testify for the defense. The Hahn painting was taken to the Louvre for the experts to compare the two paintings side by side. All the defense experts pronounced the Hahn version a copy and a poor one at that. Only one plaintiff expert was called to say it was an original da Vinci. The trial surprisingly ended in a hung jury. In 1930, to prevent another trial, Duveen settled by paying the Hahn’s $60,000.00 in damages. In 2010, the Hahn family sold their painting at auction for $1.5 million.

Paul Ygartua and I were discussing the case and the merits of the Hahn painting; Paul said he could do a better copy than the Hahn version. He did it on Sunday and delivered it yesterday.

Lest you wonder why an artist like Paul would copy another artist’s work; first, it is not his regular occupation, I’m only aware of him doing it one other time and it was also to prove an academic point; and, second other accomplished artists  have done the same. For example, the 1958 Waterhouse catalogue of Thomas Gainsborough’s known works lists 20 copies he made of old master paintings – Rubens, Rembrandt, Murillo, Titian, Velasquez….

Attached below are some photos showing (1) the comparisons *, (2) Paul at work (as you can see no projectors or grids), and (3) the finished painting on my wall. There are also links to the Louvre and Sotheby’s if you want to see the online original photos of the da Vinci and the Hahn. I think you will agree Ygartua is a genius. 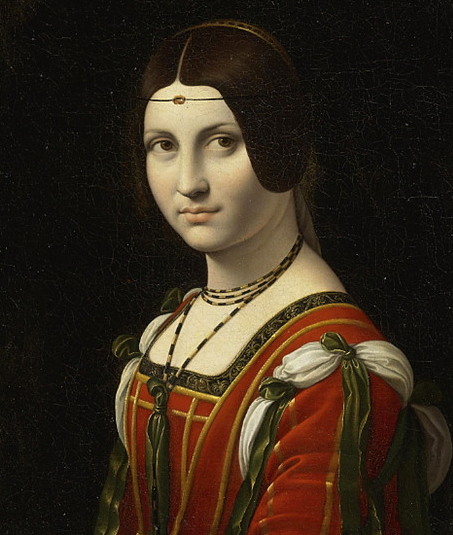 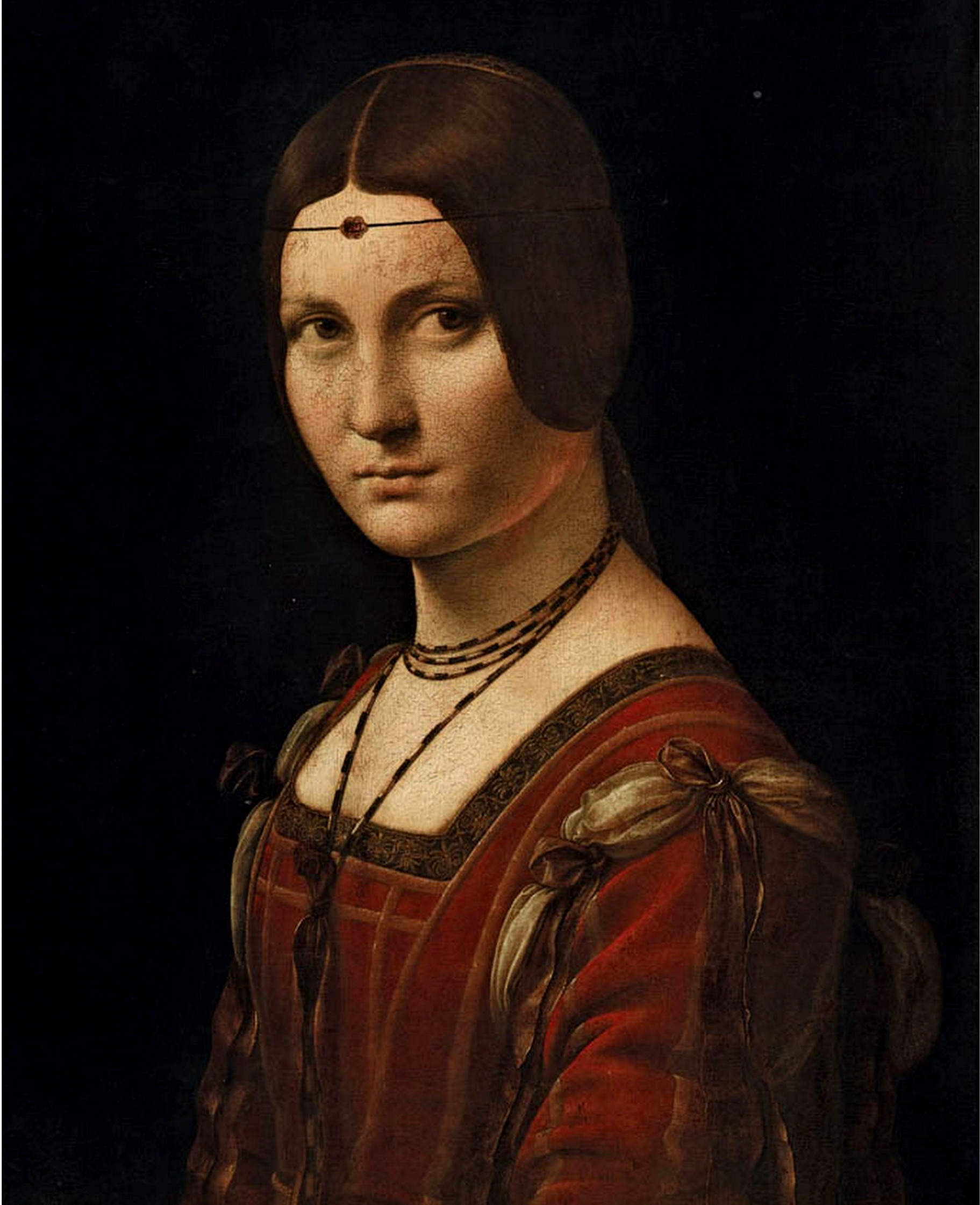 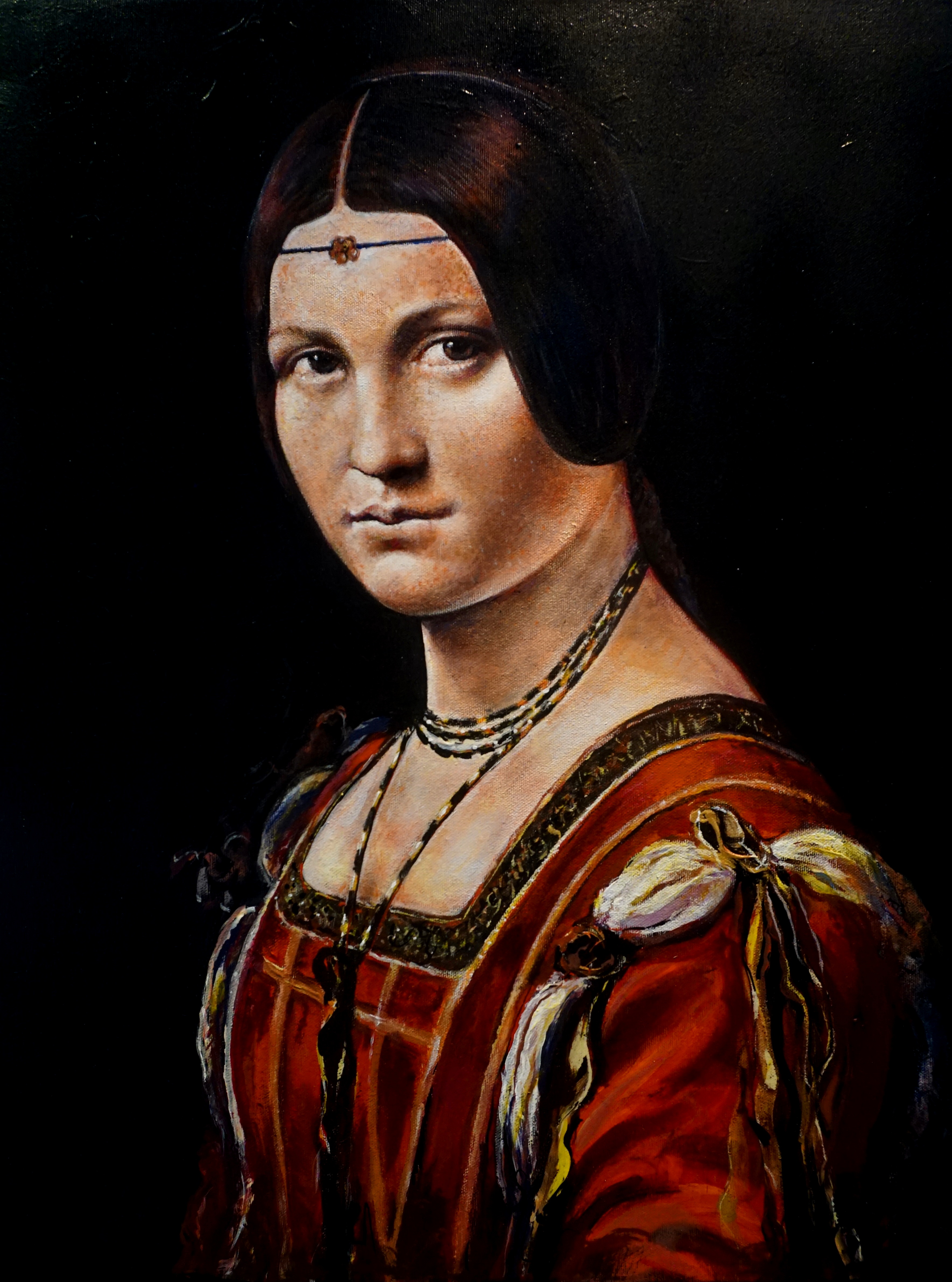 * Please remember: One painting is 500 years old, one is 250 years old, and one is 2 days old. Hundreds of years of dirt, fading and craquelure were not added by da Vanci or whoever painted the Hahn; but, they are there and they soften the appearance of both works. Paul was not trying to create a fake. 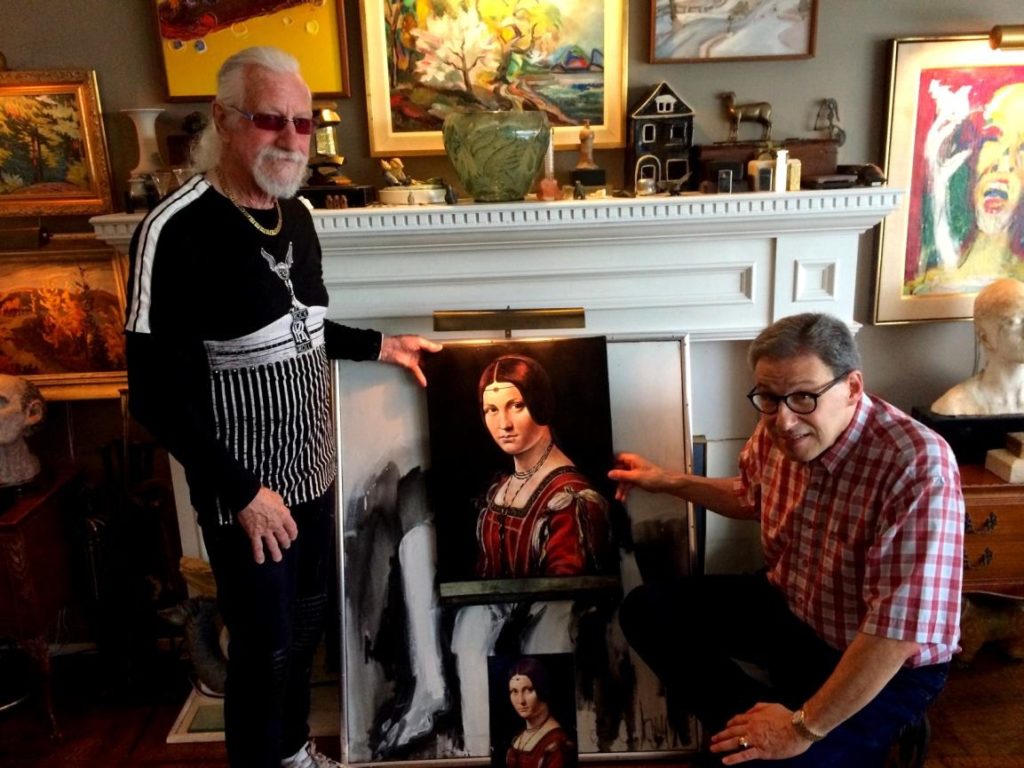 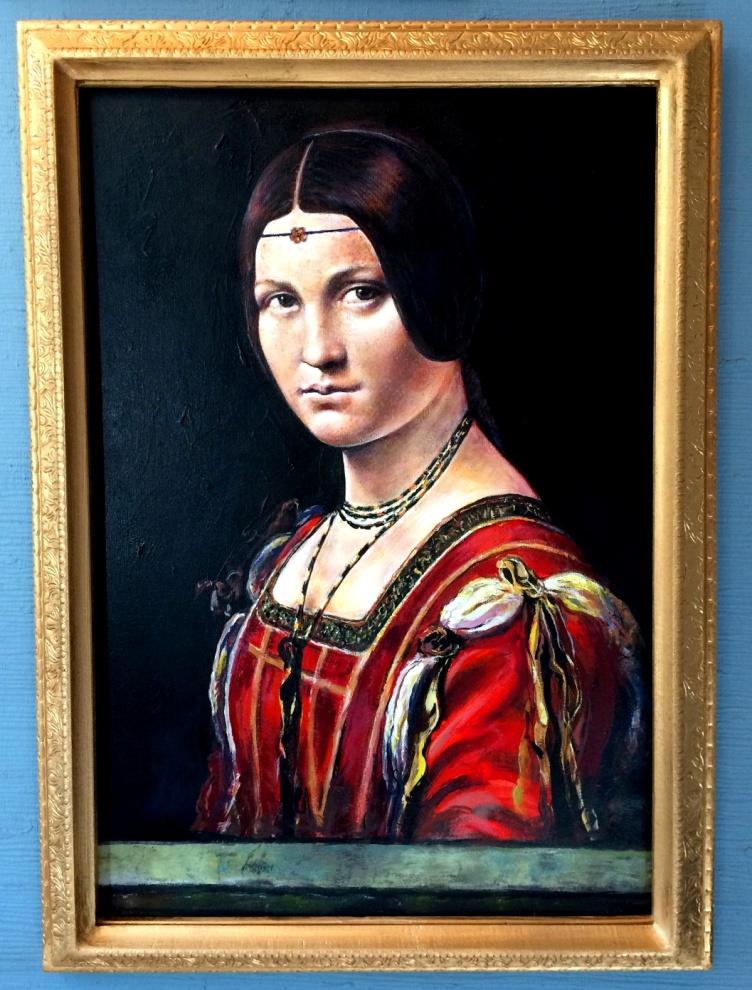 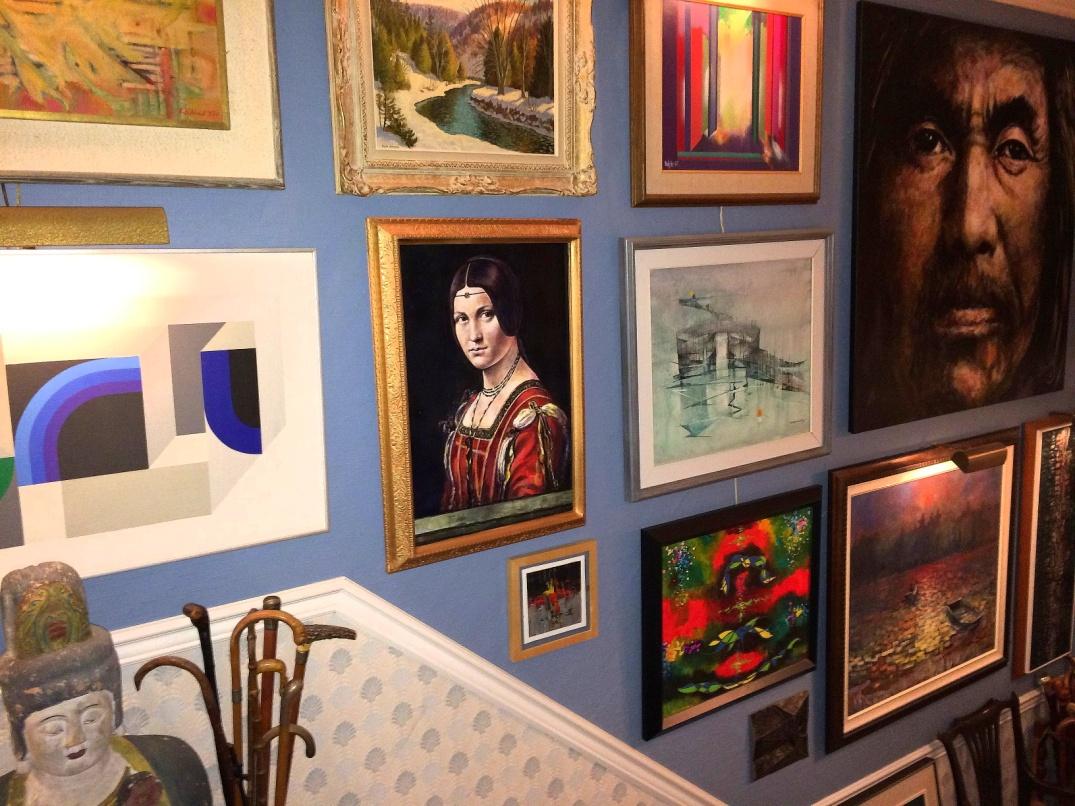 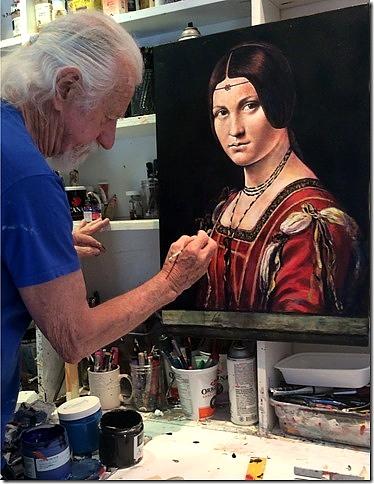 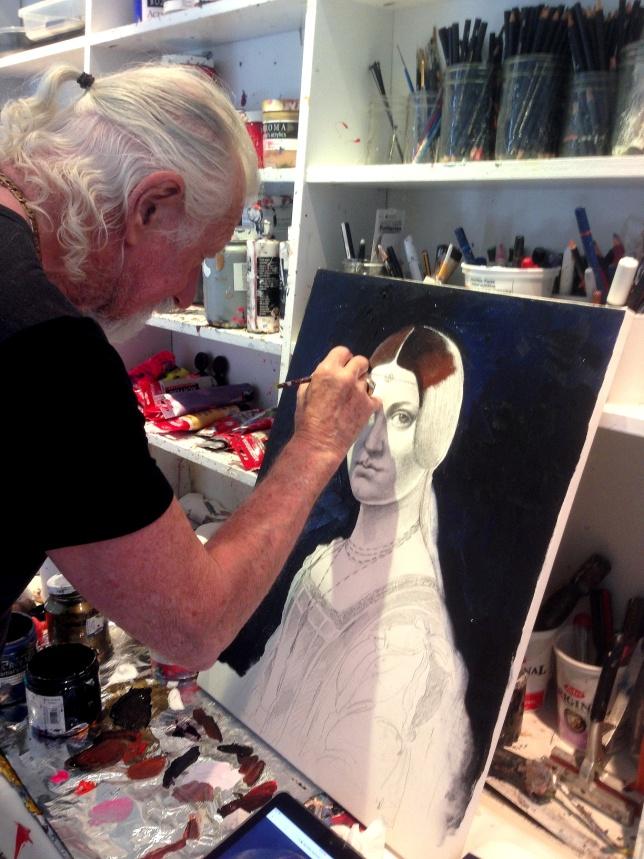