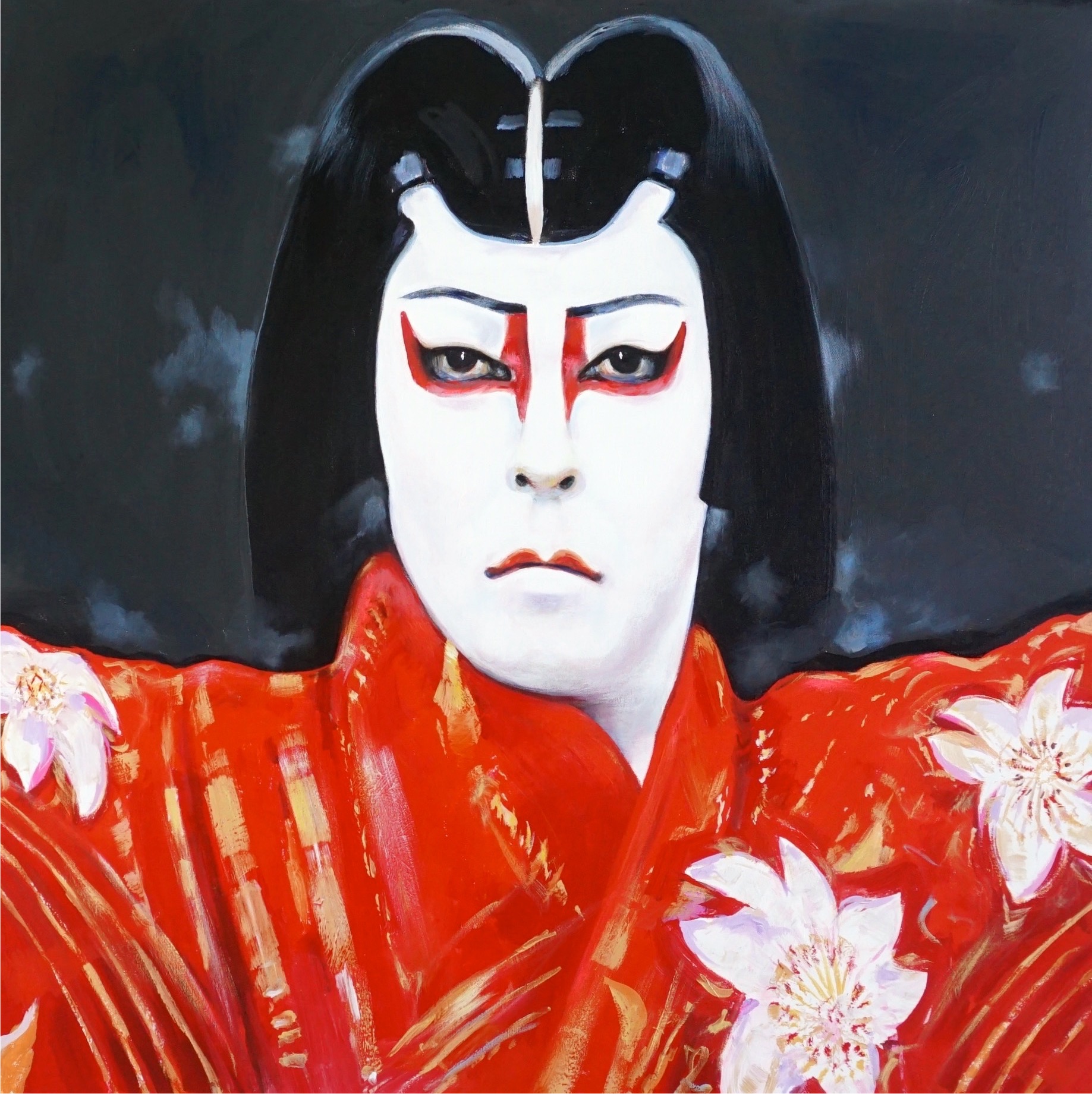 We had the opportunity to bring in New Year 2017 with Jamie, Kanae, Lotta and Anton. We decided on Osaka for New Year’s Eve where bringing in the New Year celebrates the entertaining custom of the yearly event of locals jumping off the Ebisu Bridge into the Dotonbori River.

Tokyo, neon lights, huge signage, big screens, busy streets, making Tokyo one of the most exciting cities in the word.

A fantasy world, with cartoon characters that become part of life in Tokyo. A sweet obsession that never stops. They are people with such an imagination that it seems to touch everything they do. I find the extremes very interesting as you do see geisha girls in the street, beautiful traditional outfits that the western world gawks at with such admiration, and then the most fashionable girls in western and Japanese designer clothes. Then the cartoon characters take on their identity with real live models—and this is all parading down the streets of Tokyo. 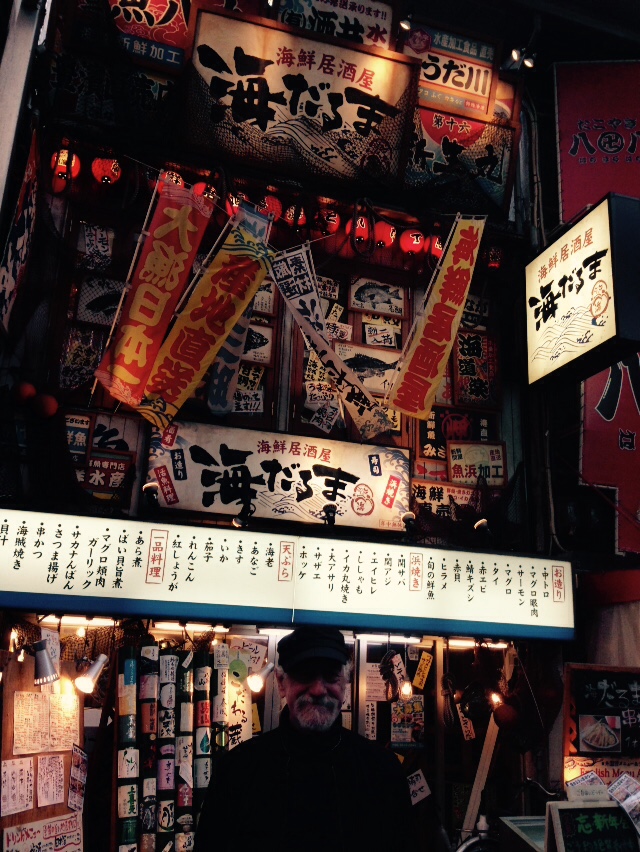 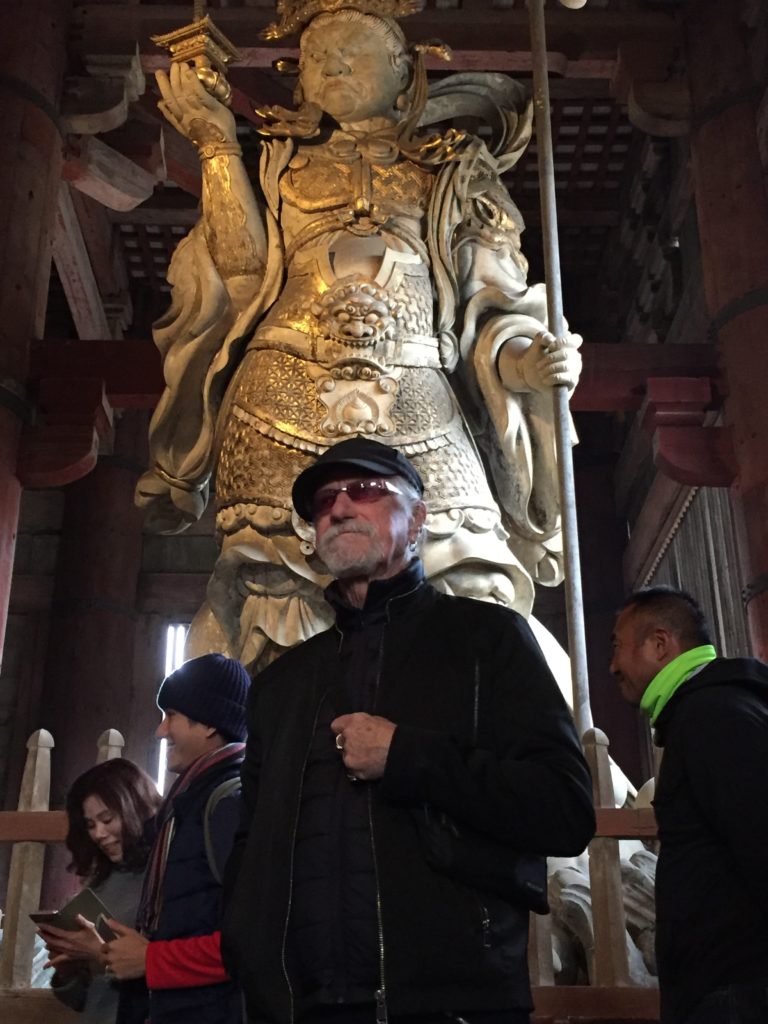 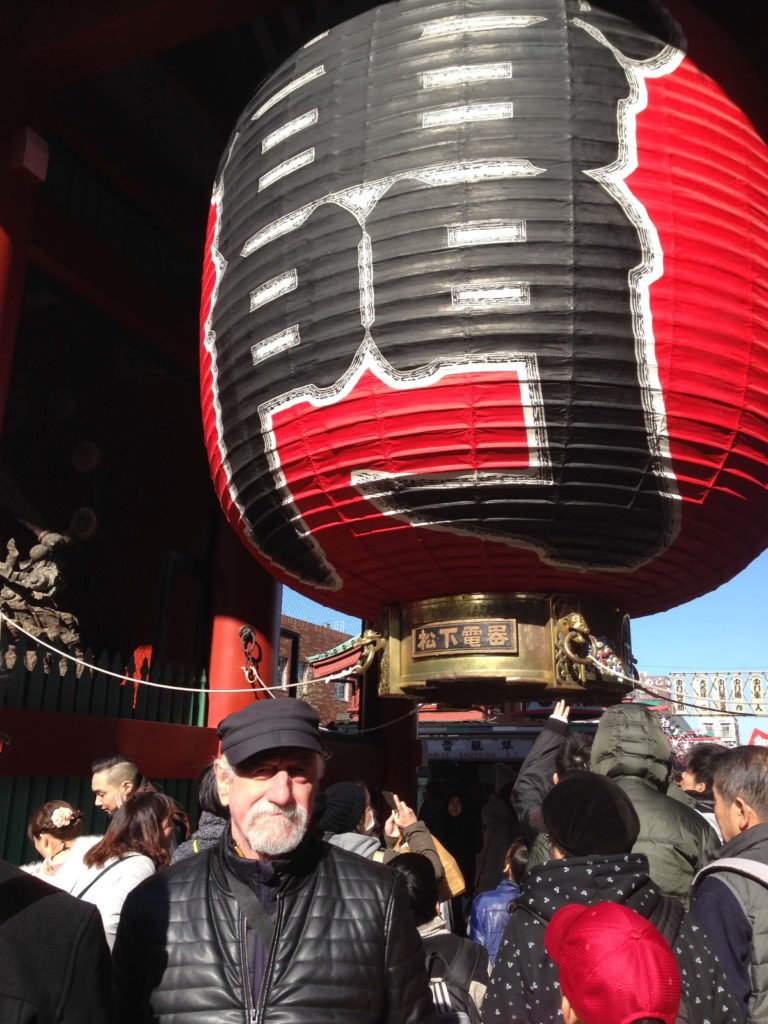 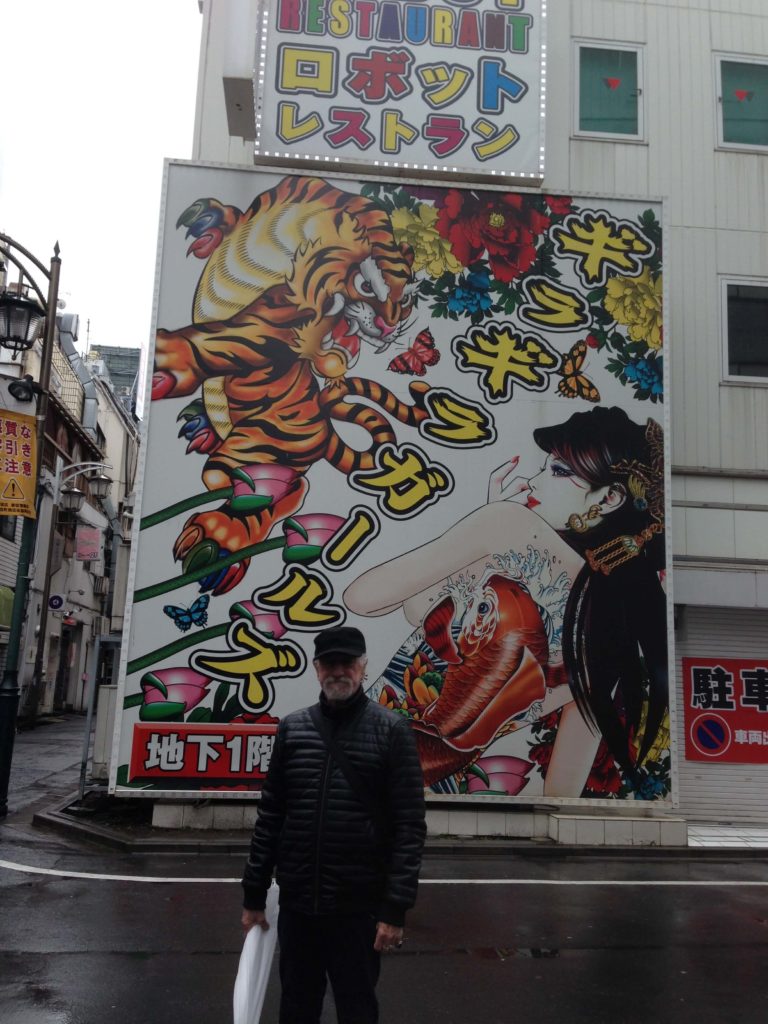 A city that never sleeps, again a contradiction from the Japanese culture that is very predictable–their respect for others, their traditional customs incorporated into their daily lives and yet they enjoy night life like nobody else, there are robot shows, boy shows, so many choices one could never be bored in Tokyo.

Then a couple of hours away we stopped off in Kyoto for a couple of days, like day and night. The temples of Kyoto are extraordinary, the famous golden gods, monumental in size, the wild deer at the Nara Deer Park that you feed while enroute to the temples, encompassing you in a tranquil setting, surrounded by the buddhist mythology. Again it is captivating and one becomes transformed into another era. 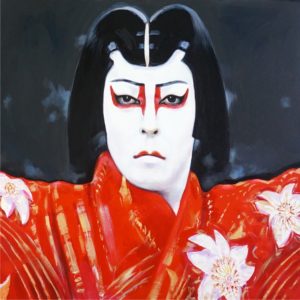 The painstaking time spent on the preparation of these characters is compelling.

“I love a face that demands attention, and once painted I feel the mystery of the kabiki is unmasked”

This is Paul’s interpretation of the characters and their spellbinding faces.