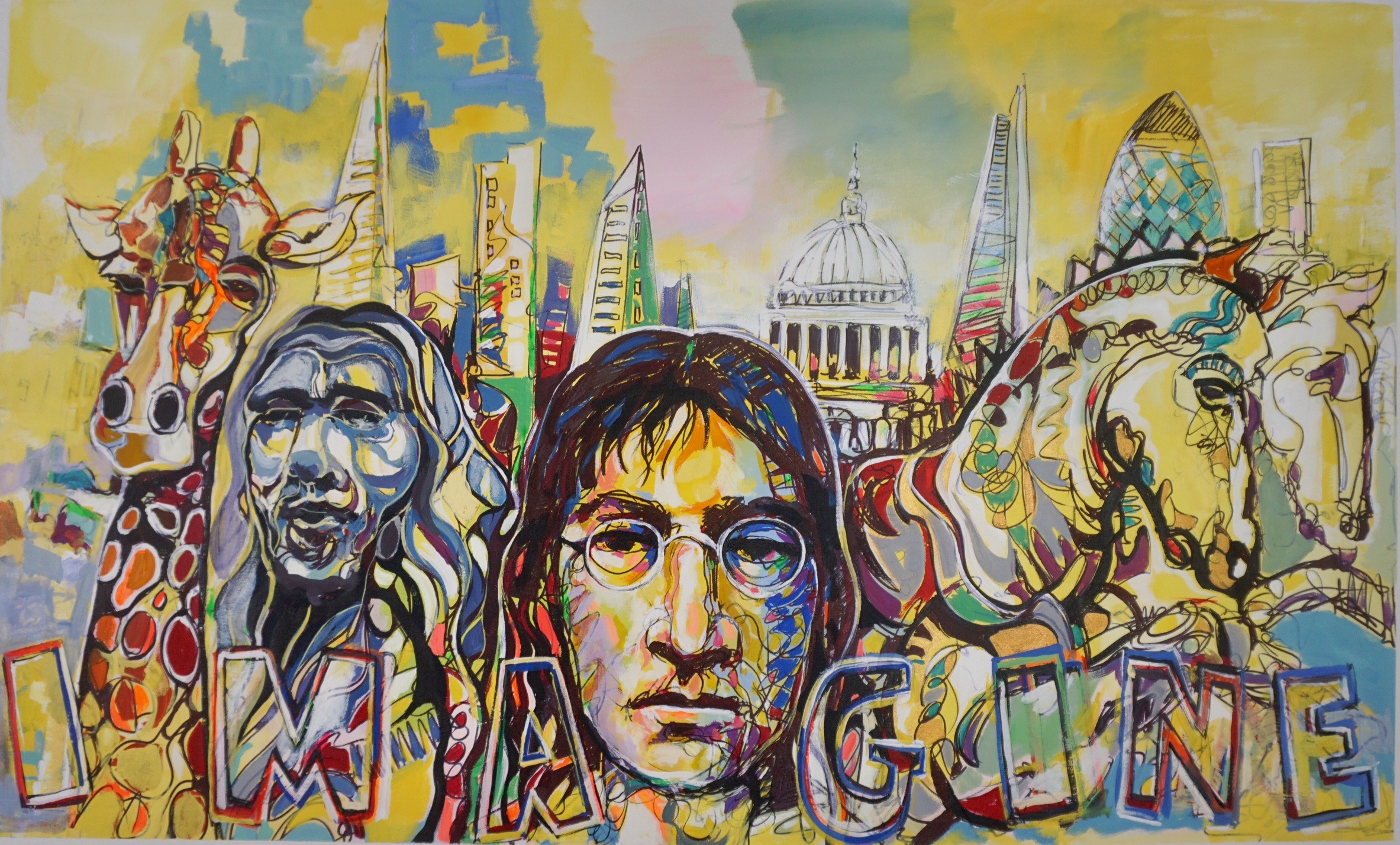 The Environment and concerns of Mass Extinction – the extinction of certain species, whether predators or prey, can leave behind significance impacts which may have big impacts on ecosystems.

“After learning that the giraffe has a special significance in the animal hierarchy due to its stature and its peaceful, gentle personality I decided to utilize its image to depict the danger of extinction certain animals are facing.”